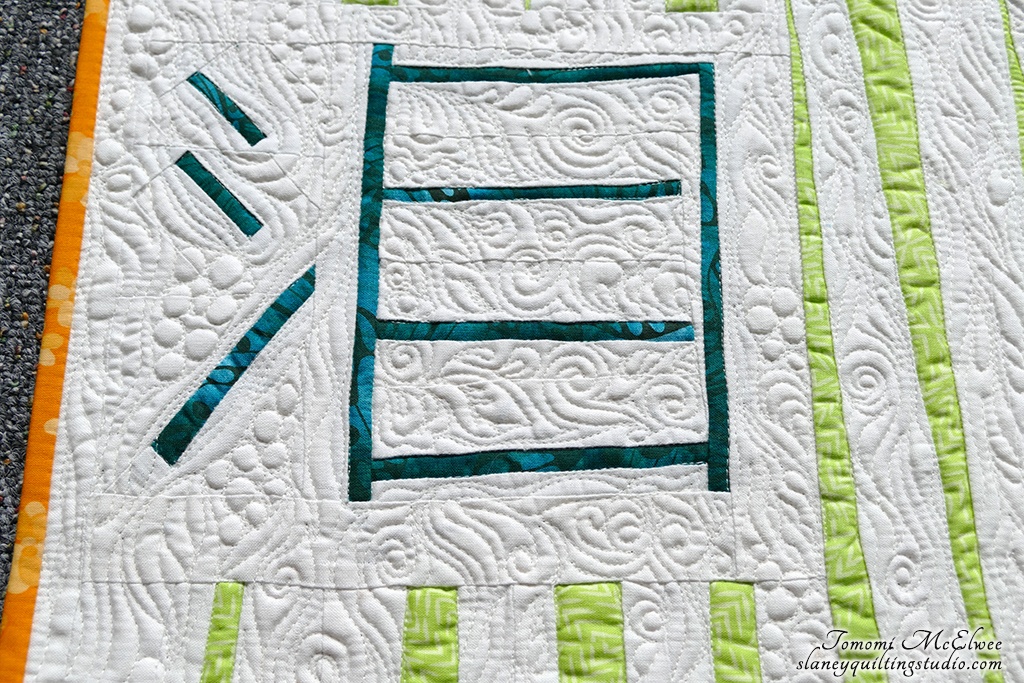 When Curated Quilts announced next challenge, I thought it wasn’t for me because the colour scheme was what I use at all and theme itself was something I like to work. The theme is “well said”

I know it is more and more common to use writings as a part of quilt design especially last few years. I just don’t like it maybe English is not my native language or it looks too far from what traditional quilts are. I think they are great but I had no intention of quilts with words.

And then last weekend things happened in the world. School kids’ protests and another mass shooting.

Those made me wanted to make something.

I wanted to make a quilt with an eye. But to make a modern quilt….

泪 This is one of Chinese character or Japanese Kanji for tears (There are few more of them for some reason). The left side of three dots are symbol of liquid and letters associates with liquid most likely to have this symbol. The right side is a character for eyes. If you turn it side ways, you may able to see why. So this character is liquid of eye = tears. So simple, isn’t it.

And I thought it makes a nice patchwork pattern in modern style.

I forgot to take any photos until I finished the whole thing. Sorry!

That character was improv pieced because I didn’t want to make it too neat. I had this narrow jade scrap and it was sliced in half. All white fabrics are from scrap as well. I made right side first and it was too tall. So I shortened but now I think it’s bit fat. Left side is alright but I wouldn’t show this to any calligraphy people 😛 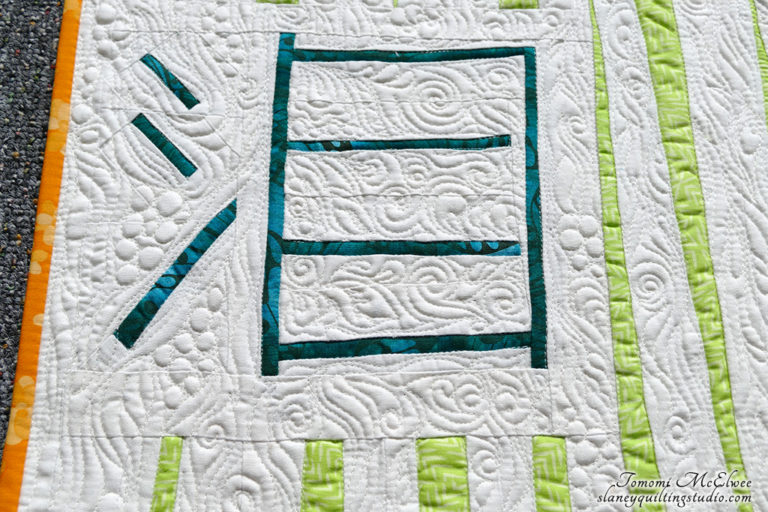 I added random strips of light green out side for a bit of distraction rather than fully focused on one thing. And then quilted only on white background. That orange fitted nicely with other colours but I couldn’t find a place within the quilt so I bound with it. 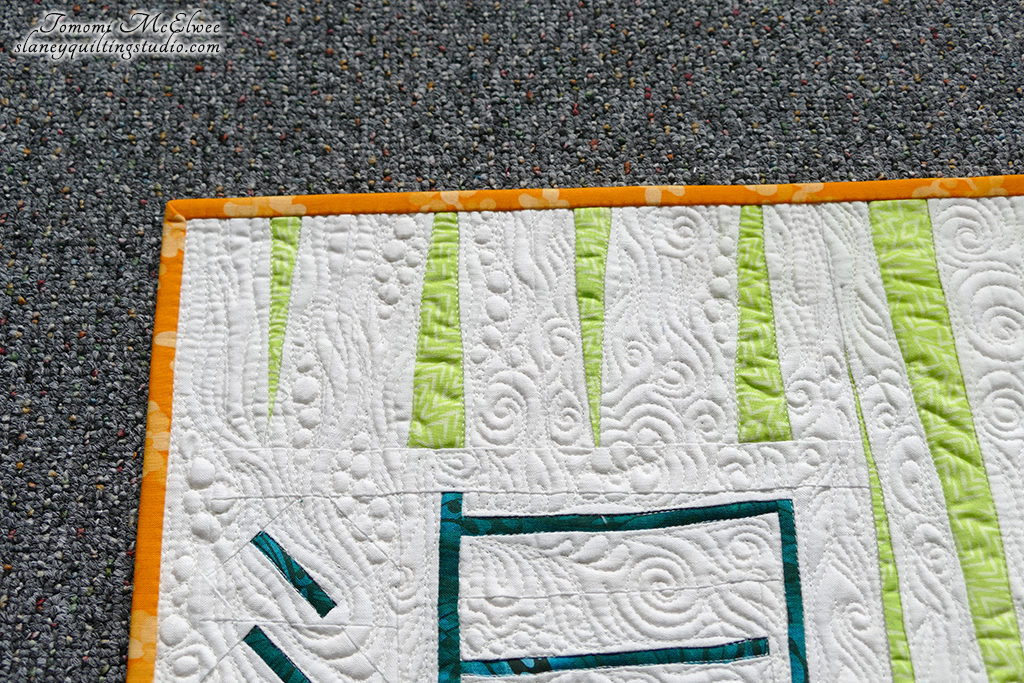 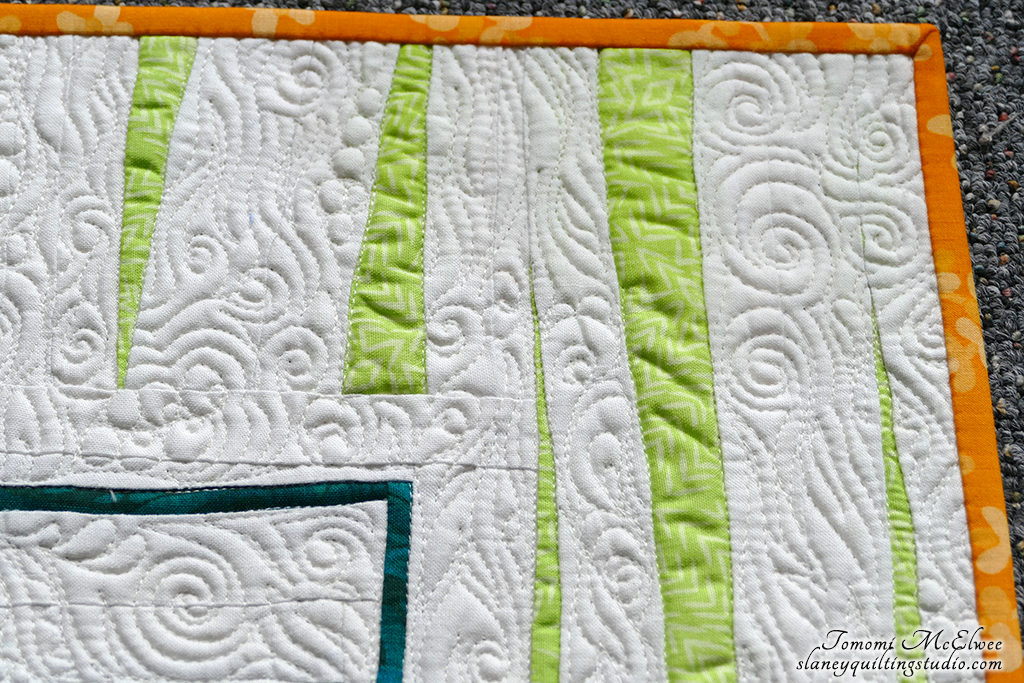 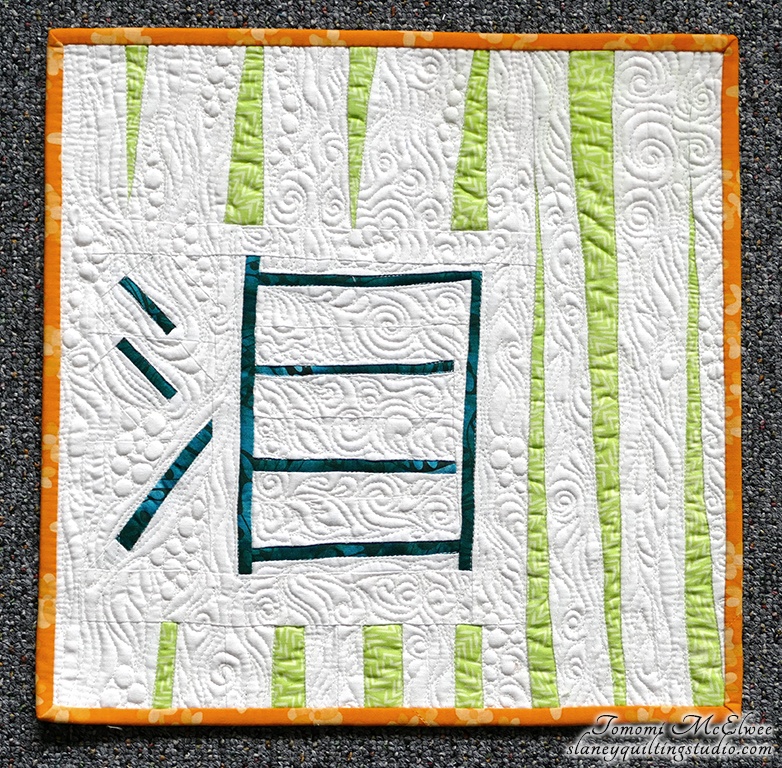 What a lovely idea. As always your quilting is fab. We must enjoy every day as best we can because who knows. Here’s to tears of joy.

Thank you so much Amanda. You made me smile!

Love the whole concept as well as the finished product.